I’ve Been Meaning to Tell You: A Letter to My Daughter is a short book, but it shouldn’t be overlooked because of it. With this book, David Chariandy shares with the readers a letter he wrote his 13-year-old daughter after a racist comment was made to them by a woman in a restaurant. As he tries to explain to his daughter why the colour of their skins triggered such a strong (and unwarranted) reaction from this woman, Chariandy explains his Trinidadian heritage and broaches subjects like tolerance, equality and acceptance.

…children always sense more than what their parents are willing to say. Children read stories in pauses and silences, from irritation and sadness, from the grief and fear behind brave faces.” 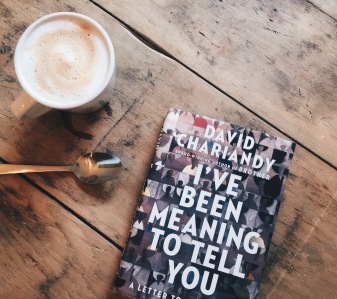 In fact, what I loved the most in this book was the intimate setting of the story. Because it’s a letter between a father and a daughter, you instantly feel a connection with the author. Chariandy’s writing style is very simple, but still beautiful. It almost felt poetic at times. It was like picking up an old letter lost in an attic and sitting down to read it, because even if it feels like you’re intruding, it’s too interesting to stop.

However, I would have loved for the author to expand some of his thoughts. Some of the most fascinating subjects were barely touched on (the different levels of racism inside the same community, for example), but I understand that the size of the book justifies it. In order to delve deeper into those subjects, he would have had to write a 600-page letter, which isn’t very realistic. 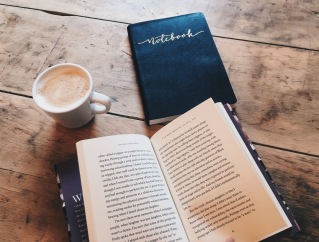 Most of all, I applaud the fact that this poetic, heartwarming and enlightening letter was written for a 13-year-old girl. So often, younger women are treated as shallow but, with his letter, Chariandy shows he has a lot of respect for his daughter and for her intelligence. This proves that the truth should never be hidden from the youth and that the older generations should always be their most authentic selves in order to let the younger generations trace their own path.

I haunted the university library, walking among stacks of books, rows upon rows of them, awed by all that writing, and feeling a strange sense of possibility.”

Hi, it’s us, C. and L., the bookworms who started this blog and Instagram account to share their passion for literature with the world. Have a wonderful stay on The Librocubicularista.

✨review✨
✨review✨
today is canada’s first national day for truth and reconciliation, which honours the lost children and survivors of residential schools. it’s a day during which we must amplify indigenous voices, listen and learn.
i’ve started reading the anne of green gables series again this summer, after rewatching anne with an e for the fifth time 🍂 it’s such a comforting book series, green gables is the perfect place to escape to after a day of work ☺️ what book do you find comforting?
i finally started reading the shadow of the wind yesterday, after seeing @welldonebooks rave about it 📚
finished reading this gorgeous novel this weekend 🤍 it’s the french translation of flames by robbie arnott 🔥 i decided to pick up the translated version because 1. the cover is sooo beautiful (they even released it in two colours, of course i chose green) 2. as a translator, i feel like i have to read translated works and support my peers from time to time, it would be hypocritical and weird not to 😅
we’re so ready to transition into fall reads 🍂☕️ what are you looking forward to reading in september? we need some good recs ☺️
✨review✨
✨review✨

What is C reading?

What is L reading?

You want to know more about C's library? Head over to the spreadsheet below to scroll through all the books she owns.

This catalogue is currently under construction. It will be updated monthly afterwards.